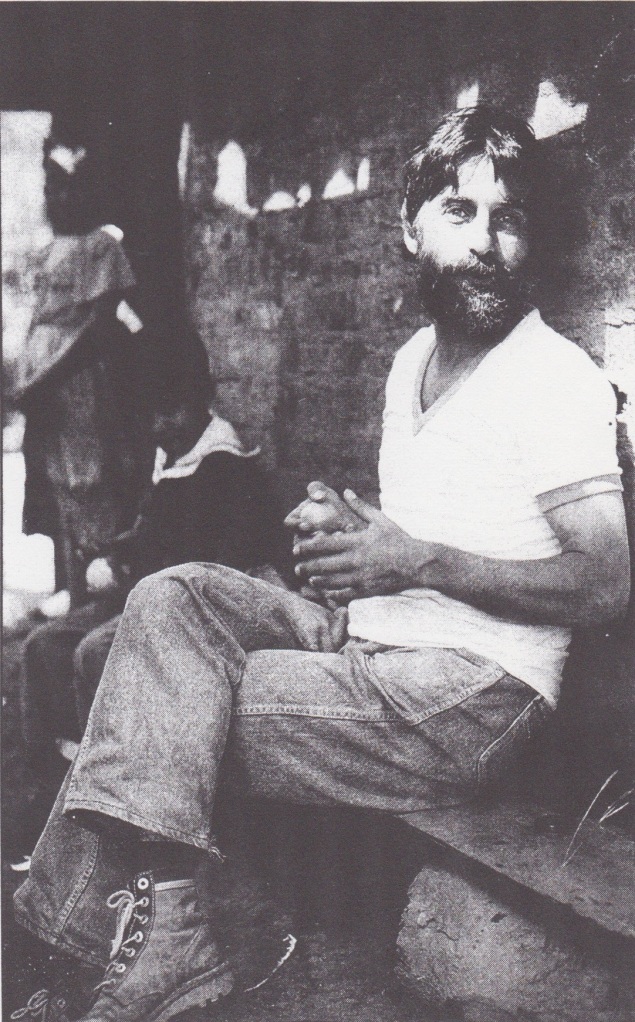 MARC KARLIN was the most significant unknown film-maker working in Britain during the past three decades. He was a central figure in the radical avant-garde of the 1970s and made a major contribution to the shaping of Channel 4.

As a director he crafted innovative and passionate films for both Channel 4 and BBC2. He was tireless in the thankless tasks of funding, producing and distributing Vertigo, an influential magazine for film and television criticism, and always generous towards other film-makers – with ideas, support and access to equipment. Yet his modesty and rigour, his intellectualism and intolerance of anything he considered lazy or in bad faith, conspired with the trends towards corporatism in television to render him and his work all but invisible.

Among his many passions, in addition to Arsenal, were English churches and that great radical English poet, John Milton. Yet Karlin, who read Liberation and loved the songs of Jacques Brel, always seemed truly European. As a child, just after the Second World War, he lived in Paris, and it was that city and its culture of cinema which formed his understanding of film.

In the mid-1960s he studied theatre direction in London but he was soon caught up in film-making and in the Paris events of May 1968. Dispatched to a railway depot, he was expected to produce what, with a wry smile, he recalled as “newsreels for the revolution”. Instead, and in part under the influence of the great film essayist Chris Marker, he made Dead Man’s Wheel, a film about a train driver which combines a deep respect for one human being with an analysis of one political, social and cultural moment.

Karlin was a political film-maker: his socialist and libertarian beliefs frame every sequence he constructed. Yet his concern with the truths that an image can reveal ensured that his films avoid agit-prop and instead celebrate complexity, ambiguity and understanding. In the 1970s in London he was a member of two important film-making collectives, first Cinema Action and then the Berwick Street Collective. Night Cleaners, made by the Berwick Street Collective about the work and activism of the women who clean London’s offices, is a defining film of this time, combining formalist experiment and political will with an unsentimental humanity.

As a fourth television channel took shape, Karlin lobbied with conviction for diversity to be at the heart of its operations; independent production, he argued, should not be just an economic idea but a cultural one too. He sought to support the different, the innovative, and he understood much about the imperatives of finding new forms to express new ideas, and about why the old ways – of speaking, of thinking, of using images – are frequently inadequate.

My own first memory of Marc Karlin is from this time. I encountered him peering intently at a sequence of frame grabs from the American drama Holocaust pinned to a cork board in his chaotic office. Preparing his two-hour documentary For Memory for the BBC and the British Film Institute, he was seeking to get the frames to reveal their betrayal of barbaric acts. The film, which took more than three years to complete, was a challenging, rich, slow-paced and uncompromising engagement with history and the fragility of memory. Puzzled by a project which refused to conform to the expected etiquette of programmes, the BBC consigned its screening to an anonymous afternoon slot.

Two series for Channel 4, one on the aftermath of the revolution in Nicaragua and one on Utopias and the dreams of different socialisms, occupied much of the 1980s for Karlin. Both were made with extraordinary love and commitment, and he stretched the budgets to give himself the time he required for the process. He took little reward, however, and by working too hard and too long he exploited himself but, as is rare in television, never others.

After Between Times in 1993, which explored the internal uncertainties of the British Left, Karlin made two delightful and often funny documentaries, one on the paintings of Cy Twombly and one, The Serpent, about a man who meets in a dream the Satan of Paradise Lost, personified as Rupert Murdoch. Both films, like all his work, were only lightly disguised autobiography and both reflected an optimistic and unswerving belief in people’s individual ability to resist the brutalising forces of contemporary society.

Much of the last year, in addition to bringing out Vertigo and organising a conference about the future of independent film, was spent on a script about Milton and on The Haircut, a 10-minute film with Heathcote Williams. It was entirely typical of Karlin that I was summoned, as its commissioner, more than a dozen times to review small but, for him, fundamental changes.

Around the viewings, there were always long, searching and supportive conversations: about football, about Channel 4, about the hypocrisy of New Labour, about his anger at the constraints which prevented people from living full and free lives, and about his precious family. He would also read aloud passages of Paradise Lost, and there seemed nothing incongruous about this radical, committed, modern man speaking the words of a 17th- century poet.

The Milton script locates Paradise Lost amongst a group of eccentric intellectuals in a London of the near future. Karlin made a film test in which, because he could not afford an actor, he played the character of “The Master”. He claimed to be uneasy with the role, a dominant recluse-like figure concerned above all to pass on the lessons of history and the revolutionary strengths of Milton’s verse to later generations. But he had, of course, written it in his own image.