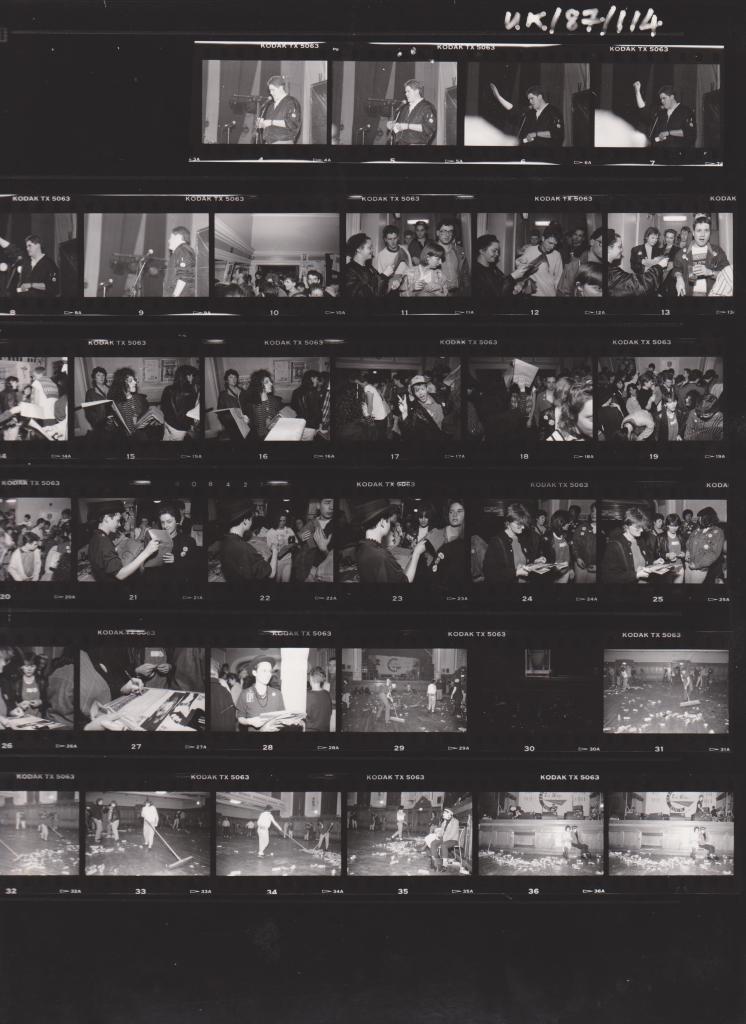 Found in between a folder marked ‘various’ in the archive, were a couple contact sheets from the days of Red Wedge in the mid 1980s. Those faces captured include a young Phil Jupitus or rather, his performance name at the time, Porky the Poet.

Jupitus toured colleges, universities and student unions, supporting bands such as Billy Bragg, the Style Council and The Housemartins. He supported Billy Bragg once more on the Labour Party-sponsored Red Wedge tour in 1985: In the early ’80s, I got involved with Red Wedge, in which Neil Kinnock got various bands to stage concerts for Labour. The reason I got involved was 20% because I believed in the cause, 30% because I loved Billy Bragg, and 50% because I wanted to meet Paul Weller.

In a interview with the Guardian, Pieces of Me, in 2008, where guests are asked to reflect on objects from their past, Jupitus presents his Red Wedge access all areas badge and says, This [pro-Labour musicians’ collective] Red Wedge pass reminds me of how optimistic I was about socialism. I can’t stand what happened to the Labour party – it’s so sad.

Here is Porky the Poet in action with some minor use of the f word.

Red Wedge was formed in the lead up to the 1987 general election. A group of musicians and comedians grouped together hoping to engage young people in politics, in an effort to force out Margaret Thatcher’s Conservative Party from power.

Fronted by Billy Bragg (whose 1985 Jobs for Youth tour had been a prototype of sorts for Red Wedge), Paul Weller and The Communards lead singer Jimmy Somerville, they put on concert parties and appeared in the media, adding their support to the Labour Party campaign.

The group was launched on 21 November 1985, with Bragg, Weller, Strawberry Switchblade and Kirsty MacColl invited to a reception at the Palace of Westminster hosted by Labour MP Robin Cook.

The collective took its name from a 1919 poster by Russian constructivist artist El Lissitzky, Beat the Whites with the Red Wedge. Despite this echo of the Russian Civil War, Red Wedge was not a communist organisation; neither was it officially part of the Labour Party, although it did initially have office space at Labour’s headquarters. The group’s logo also took inspiration from the Lissitzky poster, designed by Neville Brody. 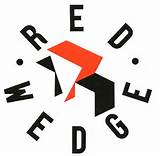 Red Wedge organised a number of major tours. The first, in January and February 1986, featured Bragg, Weller’s band The Style Council, The Communards, Junior Giscombe, Lorna Gee and Jerry Dammers, and picked up guest appearances from Madness, The The, Heaven 17, Bananarama, Prefab Sprout, Elvis Costello, Gary Kemp, Tom Robinson, Sade, The Beat, Lloyd Cole, The Blow Monkeys and The Smiths along the way.

When the general election was called in 1987, Red Wedge also organised a comedy tour featuring Lenny Henry, Ben Elton, Robbie Coltrane, Craig Charles, Phill Jupitus and Harry Enfield, and another tour by the main musical participants along with The The, Captain Sensible and the Blow Monkeys. The group also published an election pamphlet, Move On Up, with a foreword by Labour leader Neil Kinnock.

After the 1987 election produced a third consecutive Conservative victory, many of the musical collective drifted away. A few further gigs were arranged and the group’s magazine Well Red continued, but funding eventually ran out and Red Wedge was formally disbanded in 1990.