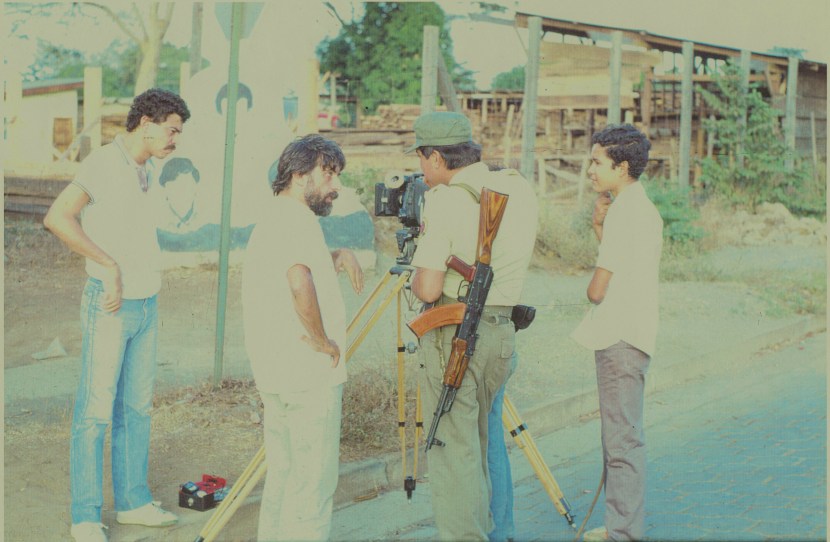 With SUSAN MEISELAS and HERMIONE HARRIS

MARK KARLIN (1943-1999), one of the greatest British filmmakers of his generation, created an outstanding body of philosophically rich, formally bold work that explored themes of history, memory, labour, and political agency in a time of neoliberal despair.

Foremost among his achievements are the five films he made on the Nicaraguan revolution: spanning the Sandinista decade, focussing on rural and urban grassroots movements, attentive to the sadness and disappointments of the revolutionary process, they are a remarkable chronicle of a remarkable era.

MEMORY AND ILLUMINATION: THE FILMS OF MARC KARLIN, the first US retrospective of his work, begins with two works from this period. VOYAGES (1985) is composed of stills by renowned Magnum photographer SUSAN MEISELAS taken in 1978 and 1979 during the overthrow of the fifty-year dictatorship of the Somoza family. Written in the form of a letter from Meiselas to Karlin, it is a ruminative and often profound exploration of the ethics of witnessing, the responsibilities of war photography and the politics of the still image,

SCENES FOR A REVOLUTION (1991) is a film about aftermaths and reckonings. Revisiting material for his earlier 4-part series (1985), Karlin returns to Nicaragua to examine the history of the Sandinista government, consider its achievements, and assess the prospects for democracy following its defeat in the general election of 1990.

Presented by THE COLLOQUIUM FOR UNPOPULAR CULTURE and KING JUAN CARLOS I OF SPAIN CENTER.