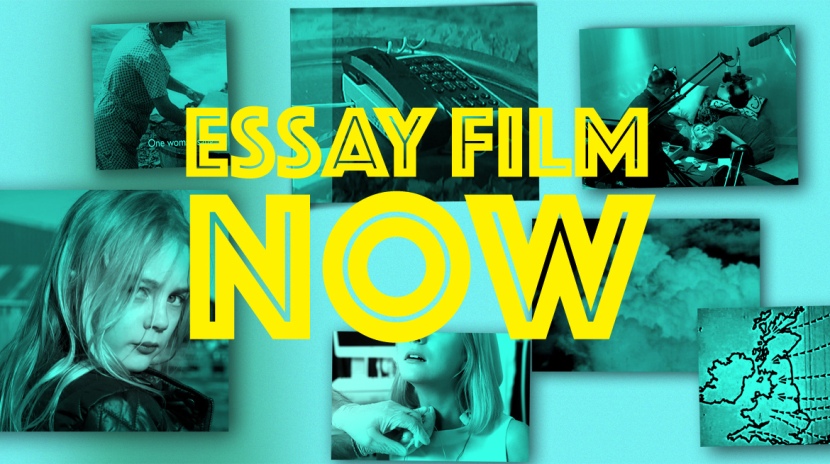 Join a special event dedicated to the art of the Essay Film, featuring the work of four diverse filmmakers shortlisted for the Arts Foundation Essay Film Award and a discussion with writer Sophie Mayer.

The shortlist, comprising Charlie Lyne, Marianna Simnett, Sam Stevens and Sarah Wood each approach the genre of the Essay Film from diverse perspectives in their practice.

Charlie Lyne’s films use existing footage cleverly pieced together to reveal disconcerting undertones such as in Beyond Clueless (2014). Sam Stevens‘ centres on ecological, social and political realities in Europe in his film Atlantropa (2009), which imagines a bridge across the straits of Gibraltar. Marianna Simnett uses surrealist techniques in her work to blend real and imagined events into magic-realist morality tales where she often plays protagonist undergoing significant physical duress such as The Needle and the Larynx (2016).  Sarah Wood’s practice has been dominated by language. The 2014 work I Am A Spy focuses on archives, evidence and meaning.

Sophie Mayer concludes the event with a discussion on the rich history of the essay film, and its contemporary diversity as seen in the work of the featured artists.