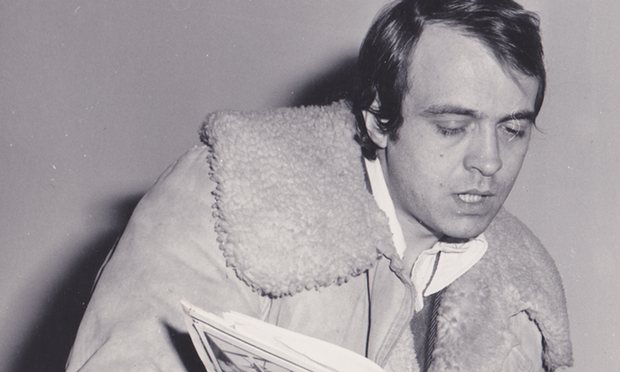 I first became aware of Marc Karlin’s film-making at the screening of Nightcleaners at the Edinburgh Film Festival in 1976. The film made a very strong impression. I had not seen anything like it before in Britain. “Political” film, yes. Formal experiment, yes. But not the combination. And although I can recall a sense of worry about what I conceived as a possible lack of political urgency, I also remember an excitement at discovering something closer to what I was looking for in the 1970s.

At the time I was completely absorbed in a search for a progressive form of film-making, one which sought a new and adequate form through which to express a revolutionary conception of the world whilst at the same time respecting, or at least holding on to, a perceived need for an element of agit prop – maybe a reinvention of Dziga Vertov. I think there was a rediscovery of the “Workers Films” of the 1920s and ‘30s at the same Edinburgh Festival.

Within the next three or four years I had seen Marc’s next two films, Ireland Behind the Wire and 33 to 77, both of which I admired for different reasons. Ireland Behind the Wire because it was unafraid to take sides in a struggle. It was clearly on the side of the besieged nationalist community, and blew apart the comfortable and ultimately deceptive ideology of “balanced” reporting to be found on British television at the time. 33 to 77, which I have not seen since the early 1980s, I remember as a film of tenderness and incredible formal daring.

I began work as Channel Four’s first commissioning editor of Independent Film & Video in 1981, with a very open brief as to how that Department should be defined. Although the Thatcher government was two years into its long reign by then, my Department and many of my commissioning colleagues at Channel Four represented the ideas and politics of the late 1960s and 1970s. Voices from the left, questions of race, class and gender, internationalism, the formal experimentation actually written into the parliamentary legislation which brought Channel Four into being – all this was central to the early Channel Four. A huge release after years of stifling aesthetic and political conservatism from the BBC and ITV.

Independent Film & Video, self defined as the cutting edge of the cutting edge of British television, was able to embrace formal experimentation and political radicalism in an effort to give space to new voices, ideas and images, and simultaneously provide a critique of the rest of televisual output. The four programmes that I commissioned Marc to produce between 1984 and 1993 all fell within this broad policy.

I supported and identified with Marc’s engagement and involvement with the national and international left. He produced Nicaragua, a four programme series about the processes, hopes and fears of the revolution; Utopias, a two-hour film centred around the period of the miner’s strike; Scenes from a Revolution; and Between Times, a programme about Thatcherism, the Left, memory and change.

I valued Marc’s passionate concerns about these major issues. He realised all too clearly that the resolution to the Nicaraguan revolution and the miners’ strikes were central to defining the world in which we now live. In his films he struggled to find the appropriate form to represent the broader issues but, perhaps above all, to carve out a space of dignity and respect for the invariably rather powerless grass-roots actors in those epic events. It was his commitment to grappling with this set of aesthetic and political problems to which I responded as a commissioning editor.

Our discussions prior to the making of the films often circled around issues concerned with audience and the political moment, clarity and obscurity. For all my support of his work I had reservations on these questions, and tried to push him towards what I perceived to be a greater directness and clarity of political purpose. My attempts at persuasion never really worked, and I was left feeling deeply ambivalent, on the one hand remaining convinced of Marc’s considerable film making talents, on the other feeling that a wider audience could have been reached, a bigger political splash made.

I had not seen the films for some time, but recently had the opportunity to see Nightcleaners and part of the Nicaraguan series again, and was wonderfully surprised to find myself able to celebrate and understand them in a completely fresh way. Both seemed to me to be incredibly valuable documentations of people and events now fading from memory or, for younger people, never known. Here were two films of insight, clarity, and sensitivity of inestimable value – not least to anyone interested in socialism.

I now look forward to re-viewing Utopias, Between Times and Scenes from a Revolution. In the meantime these thoughts raise interesting issues for the past and present. One of the most important aspects of Independent Film & Video was its support for a range of aesthetic strategies, stretching from the very populist to the highly experimental; thus it offered a real choice for audiences. The department repeatedly commissioned Marc Karlin because we thought – even with some trepidation – that he was a significant film-maker. The Channel backed us to back him, win or lose.

I hope that a new Marc Karlin would be commissioned in the television climate of today… and fear that he or she might not. Walking the tightrope of supporting talented programme makers, particularly if they do not easily fit into prescribed patterns and boxes, is a difficult business. It is undoubtedly much more so now than in the early days of Channel Four, but there are few signs that the broadcasters have any interest in walking the tightrope, or possess the imagination or sense of public responsibility to do so.

What I take away from all this is the somewhat baffling certainty that commissioning Marc’s films for ten years was the right decision, even if it has taken me nearly ten more to appreciate quite why!