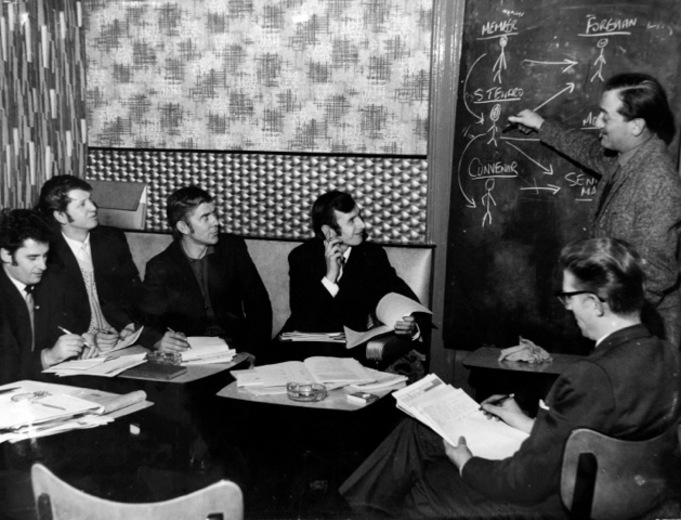 The Poor Stockinger, The Luddite Cropper and the Deluded Followers of Joanna Southcott is a new film from artist Luke Fowler, recently shortlisted for the Turner Prize. Fowler’s film is inspired by the life of the critic, historian and activist E.P. Thompson and is showing at The Hepworth Wakefield.

It focuses on Thompson’s early years at the University of Leeds to his longstanding commitment to the Workers’ Education Association (WEA) in the West Riding of Yorkshire, teaching classes in literature and history to miners, factory workers and the unemployed. The film explores the issues that were at stake for educationalists at that time, a struggle that resonates today within the current market-led higher education system. Many, like Thompson, wanted to use teaching to create ‘revolutionaries’ and pursue the original WEA values of delivering a ‘socially purposeful’ education for working class communities. This was opposed by those within the Department who wished to foster students with an ‘objective’, ‘calm’ and ‘tolerant’ attitude. The film centres on this argument, set out by Thompson in an internally circulated document entitled ‘Against University Standards’ (1950). 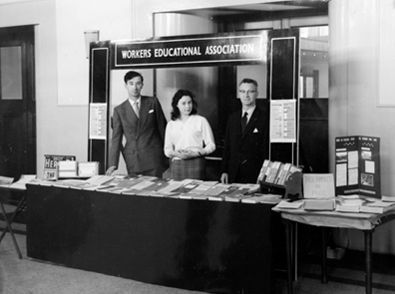 Fowler’s film offers a timely reminder to a forgotten history, connecting us with political ideas, sentiments and language that are excluded, even unmentionable, in today’s prevailing culture. In an interview with The Herald, Fowler states,

“Most working-class people from Wakefield today will struggle to see how a seemingly marginal academic debate in the 1940s is relevant to their life now, but I see it as relevant because of what is happening to education now, because education has been turned into a business, and I still long for a time when education isn’t seen as that, isn’t corralled by free market ideology.”

He adds, “It’s tragic when you look at the rhetoric of universities and the WEA and now . . . the values that these people had, the idealism, and how that has been reversed. The idea that you could have education for free, that was non-utilitarian, non-vocational, and not an individualistic view, it was about raising the whole standards of the class. They were against social mobility, against the idea of the ‘ladder’, and against the idea of teaching to make the workforce more efficient or to increase productivity.” 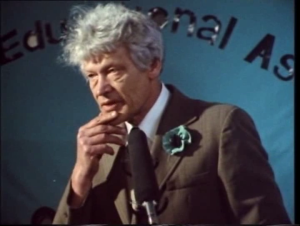 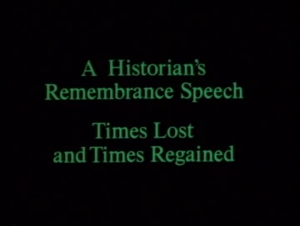 In the Poor Stockinger, Fowler integrates footage of a speech by E.P Thompson from Marc Karlin’s For Memory (1982). Similarly, Marc Karlin was keen to explore the theme of memory;  how it is preserved and handed on, and how dissident recollections are blocked and contained.  The non-conforming voices in For Memory (1982) consist of anti-fascist fighters at Cable Street and Clay Cross miners. E.P Thompson’s segment in For Memory is filmed at Burford Church, giving a lecture on three Levellers who were shot there in the 17th Century for refusing to fight for Cromwell’s New Model Army campaign in Ireland.

Karlin recalls, ‘I can’t give you a reason why I felt the whole thing was somehow tottering, about to roll. What is funny is that when Edward Thompson is speaking there is a green banner behind him. He talks about rosemary being the flower of remembrance, at that point suddenly the green banner collapses. A unique left thing, we are never able to pin up anything properly. Everything’s fragile, unless you store it, keep it and communicate it’. 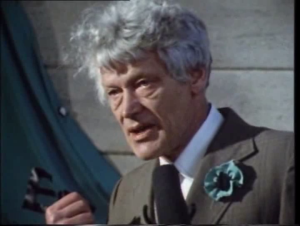 The Poor Stockinger, The Luddite Cropper and the Deluded Followers of Joanna Southcott is now screening at The Hepworth Wakefield until 14th October.