Picture This, in association with the research project “In the Spirit of Marc Karlin”, is pleased to present an exhibition and screening programme focusing on the work of British Filmmaker Marc Karlin (1943-99). The Video Shop at Picture This hosts a presentation of photographs, documents and journals, whilst at Arnolfini, Picture This will present a weekend of screenings and talks (see below for full programme). 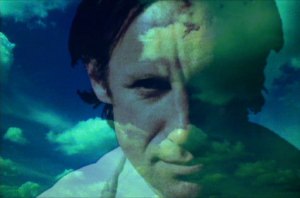 The screening programme at Arnolfini (13 – 15 April) begins with the seminal, Nightcleaners (1974). Initially commissioned as a campaign film in support of an attempt by the women’s movement to unionise London’s night cleaners, the film soon became something else entirely. Shot in black and white, and punctuated with sections of black leader, Nightcleaners fuses political documentary with a rigorous reflection on the materiality of film and the problems of representing struggle. For Memory (1986), featuring E.P. Thomson, explores historical memory, Between Times (1993) looks at the fate of the British Left in the wake of Thatcherism, and The Serpent (1997) is a drama-documentary that portrays Rupert Murdoch as the Satan of Paradise Lost.

Each screening at Arnolfini is followed by a Q&A with one of the filmmaker’s former colleagues, and the weekend concludes with a roundtable discussion featuring all the contributors.

The project is generously supported by Arts Council England. With special thanks to Arnolfini, BFI, LUX, and In the Spirit of Marc Karlin (Holly Aylett, Hermione Harris and Andy Robson).